The genetic disorder Kabuki syndrome (KS) is characterized by developmental delay and congenital anomalies. Dominant mutations in the chromatin regulators lysine (K)–specific methyltransferase 2D () (also known as ) and lysine (K)–specific demethylase 6A () underlie the majority of cases. Although the functions of these chromatin-modifying proteins have been studied extensively, the physiological systems regulated by them are largely unknown. Using whole-exome sequencing, we identified a mutation in that was converted to homozygosity as the result of uniparental isodisomy (UPD) in a patient with KS and a de novo, dominant mutation in in a second individual with a KS-like phenotype. We elucidated a genetic and functional interaction between the respective KS-associated genes and their products in zebrafish models and patient cell lines. Specifically, we determined that dysfunction of known KS genes and the genes identified in this study results in aberrant MEK/ERK signaling as well as disruption of F-actin polymerization and cell intercalation. Moreover, these phenotypes could be rescued in zebrafish models by rebalancing MEK/ERK signaling via administration of small molecule inhibitors of MEK. Taken together, our studies suggest that the KS pathophysiology overlaps with the RASopathies and provide a potential direction for treatment design. 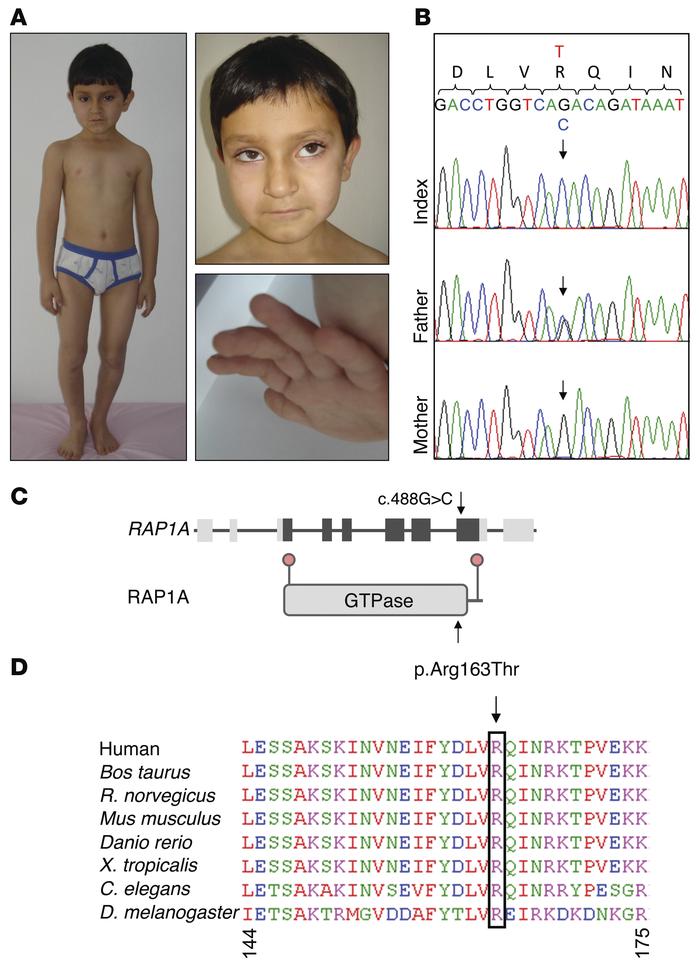