Increased synthesis of cervical hyaluronan (HA) from early to late pregnancy has long been proposed to play an essential role in disorganization of the collagen-rich extracellular matrix to allow for maximal compliance and dilation of the cervix during the birth process. Here, we show that HA is not essential for increased cervical distensibility during late pregnancy. Rather, cervicovaginal HA plays an unanticipated important role in epithelial barrier protection of the lower reproductive tract. Specifically, HA depletion in the cervix and vagina resulted in inappropriate differentiation of epithelial cells, increased epithelial and mucosal permeability, and strikingly increased preterm birth rates in a mouse model of ascending vaginal infection. Collectively, these findings revealed that although HA is not obligatory for cervical compliance, it is crucial for maintaining an epithelial and mucosal barrier to limit pathogen infiltration of the lower reproductive tract during pregnancy and thereby is protective against infection-mediated preterm birth. 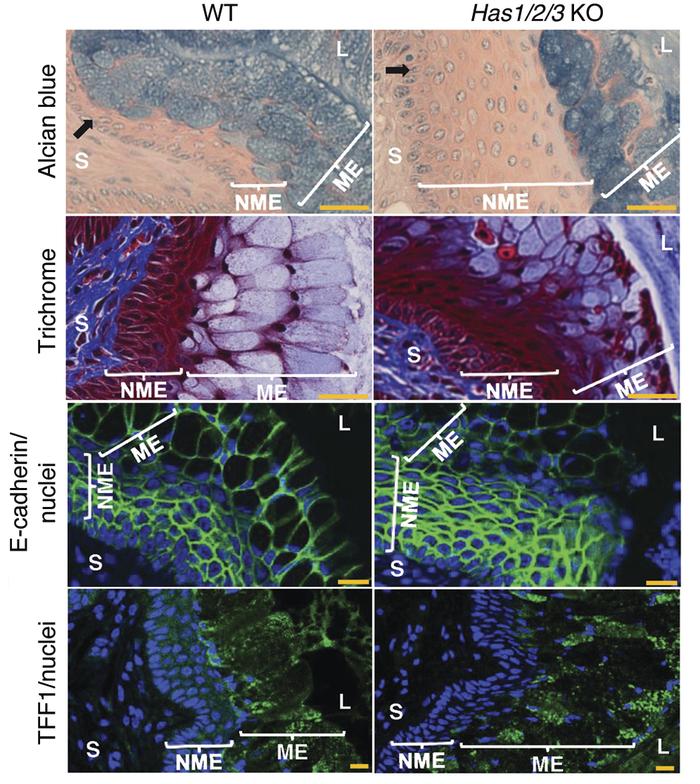