DRs arise from the biliary HNF1β+ compartment in a broad range of liver injury models. 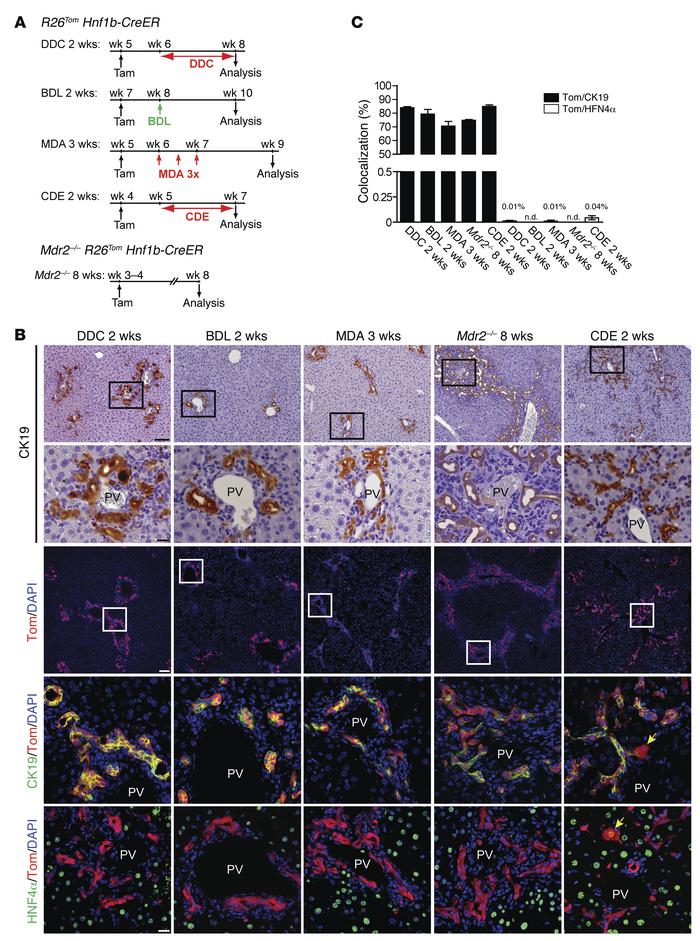 () Seven days after tamoxifen injection, mice were subjected to 2 to 3 weeks of various short-term liver injury models (DDC diet, BDL, MDA, CDE diet). For fate mapping of DRs in MDR2-deficient mice, animals received tamoxifen at week 3 to 4 and were analyzed at week 8. () In all models, characteristic DRs were assessed by IHC for CK19. Regardless of the mode of injury co-IF analysis revealed tdTom expression in most CK19+ cells, while expression of tdTom in HNF4α+ hepatocytes was consistently only observed in the CDE model (yellow arrows). () Colocalization (mean value ± SEM) of tdTom+/CK19+ and tdTom+/HNF4α+ cells expressed as percentage colocalization (DDC diet, = 9; BDL, = 4; MDA, = 4; , = 4; CDE diet, = 5). n.d., not detected. Scale bar: 100 μm (first and third rows); 20 μm (second, fourth, and fifth rows).