Efficient and specific inducible lineage labeling of the biliary compartment in animals. 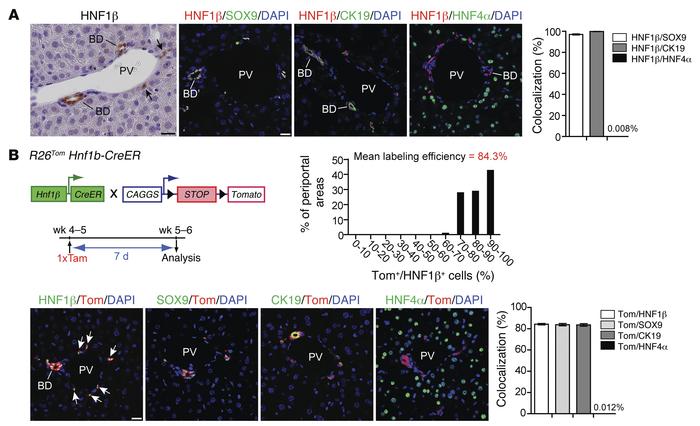