The enteric nervous system (ENS) consists of neurons and glial cells that differentiate from neural crest progenitors. During embryogenesis, development of the ENS is controlled by the interplay of neural crest cell–intrinsic factors and instructive cues from the surrounding gut mesenchyme. However, postnatal ENS development occurs in a different context, which is characterized by the presence of microbiota and an extensive immune system, suggesting an important role of these factors on enteric neural circuit formation and function. Initial reports confirm this idea while further studies in this area promise new insights into ENS physiology and pathophysiology. 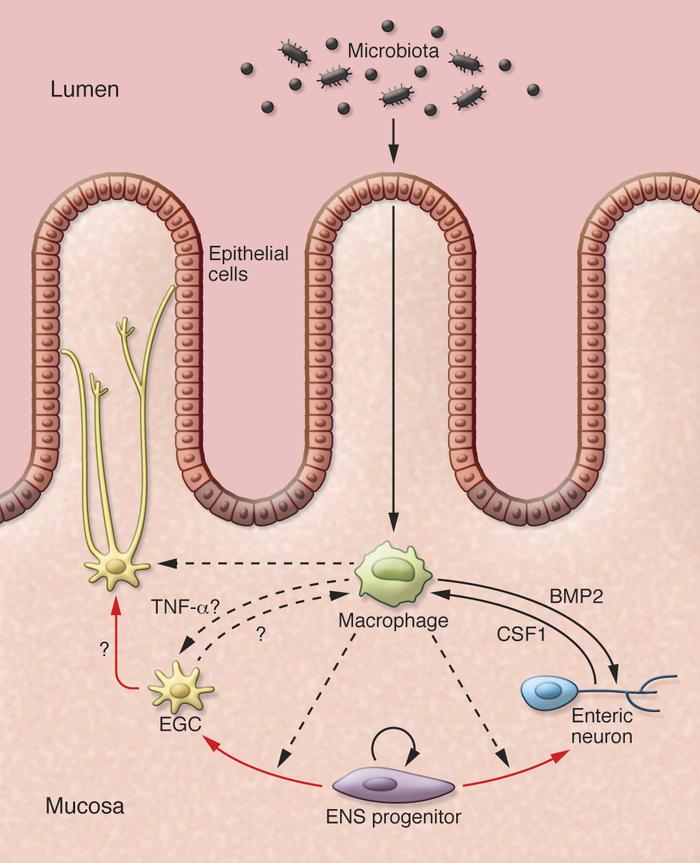