Pancreatic β cell dysfunction is pathognomonic of type 2 diabetes mellitus (T2DM) and is driven by environmental and genetic factors. β cell responses to glucose and to incretins such as glucagon-like peptide-1 (GLP-1) and glucose-dependent insulinotropic polypeptide (GIP) are altered in the disease state. While rodent β cells act as a coordinated syncytium to drive insulin release, this property is unexplored in human islets. In situ imaging approaches were therefore used to monitor in real time the islet dynamics underlying hormone release. We found that GLP-1 and GIP recruit a highly coordinated subnetwork of β cells that are targeted by lipotoxicity to suppress insulin secretion. Donor BMI was negatively correlated with subpopulation responses to GLP-1, suggesting that this action of incretin contributes to functional β cell mass in vivo. Conversely, exposure of mice to a high-fat diet unveiled a role for incretin in maintaining coordinated islet activity, supporting the existence of species-specific strategies to maintain normoglycemia. These findings demonstrate that β cell connectedness is an inherent property of human islets that is likely to influence incretin-potentiated insulin secretion and may be perturbed by diabetogenic insults to disrupt glucose homeostasis in humans. 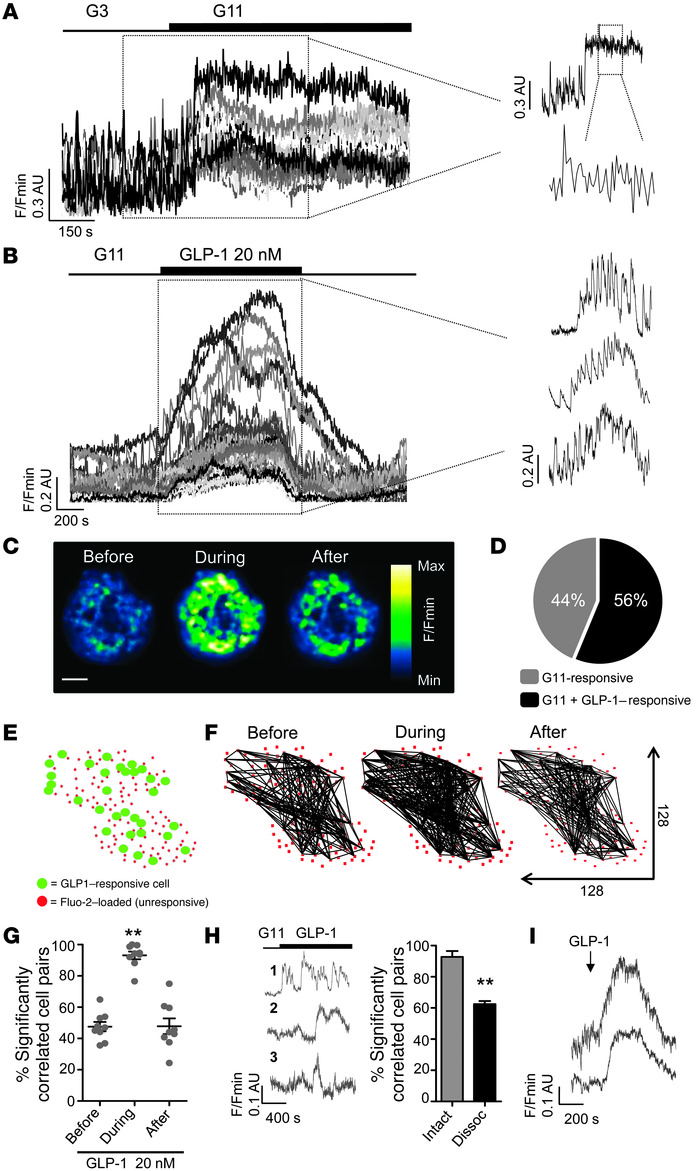