Macrophages play a key role in responding to pathogens and initiate an inflammatory response to combat microbe multiplication. Deactivation of macrophages facilitates resolution of the inflammatory response. Deactivated macrophages are characterized by an immunosuppressive phenotype, but the lack of unique markers that can reliably identify these cells explains the poorly defined biological role of this macrophage subset. We identified lipocalin 2 (LCN2) as both a marker of deactivated macrophages and a macrophage deactivator. We show that LCN2 attenuated the early inflammatory response and impaired bacterial clearance, leading to impaired survival of mice suffering from pneumococcal pneumonia. LCN2 induced IL-10 formation by macrophages, skewing macrophage polarization in a STAT3-dependent manner. Pulmonary LCN2 levels were tremendously elevated during bacterial pneumonia in humans, and high LCN2 levels were indicative of a detrimental outcome from pneumonia with Gram-positive bacteria. Our data emphasize the importance of macrophage deactivation for the outcome of pneumococcal infections and highlight the role of LCN2 and IL-10 as determinants of macrophage performance in the respiratory tract. 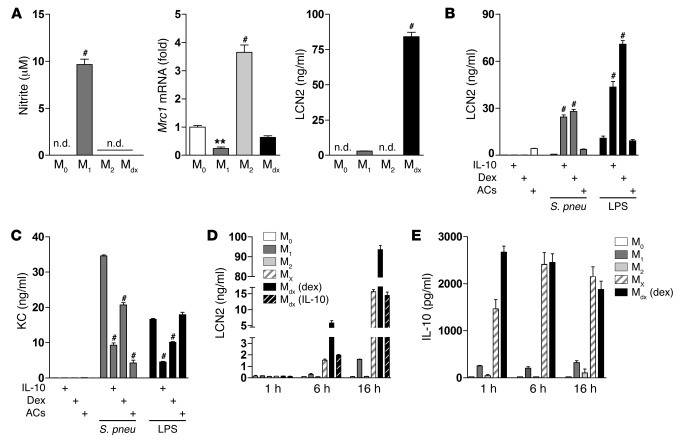