An increase in osteoclast number favors both osteocalcin activity and male fertility. 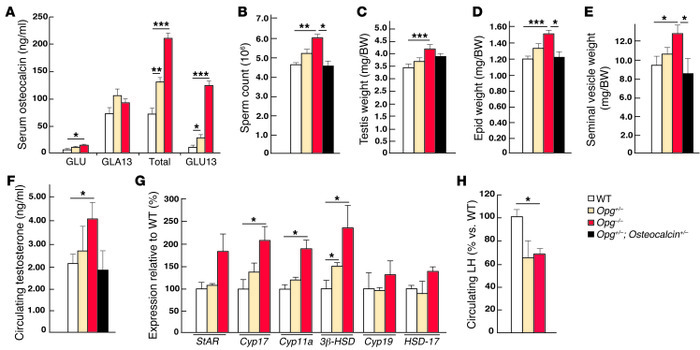