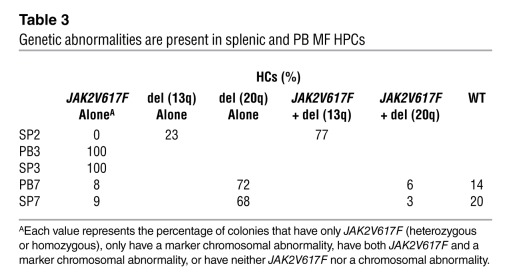 Genetic abnormalities are present in splenic and PB MF HPCs