The myeloid-specific transcription factor, CCAAT/enhancer-binding protein ε (C/EBPε) is a critical mediator of myelopoiesis. Mutation of this gene is responsible for neutrophil-specific granule deficiency in humans, a condition that confers susceptibility to Staphylococcus aureus infection. We found that C/EBPε-deficient mice are severely affected by infection with S. aureus, and C/EBPε deficiency in neutrophils contributes to the infectious phenotype. Conversely, exposure to the epigenetic modulator nicotinamide (vitamin B3) increased expression of C/EBPε in WT myeloid cells. Further, nicotinamide increased the activity of C/EBPε and select downstream antimicrobial targets, particularly in neutrophils. In a systemic murine infection model as well as in murine and human peripheral blood, nicotinamide enhanced killing of S. aureus by up to 1,000 fold but had no effect when administered to either C/EBPε-deficient mice or mice depleted of neutrophils. Nicotinamide was efficacious in both prophylactic and therapeutic settings. Our findings suggest that C/EBPε is an important target to boost killing of bacteria by the innate immune system.

Impaired response of mice to infection. 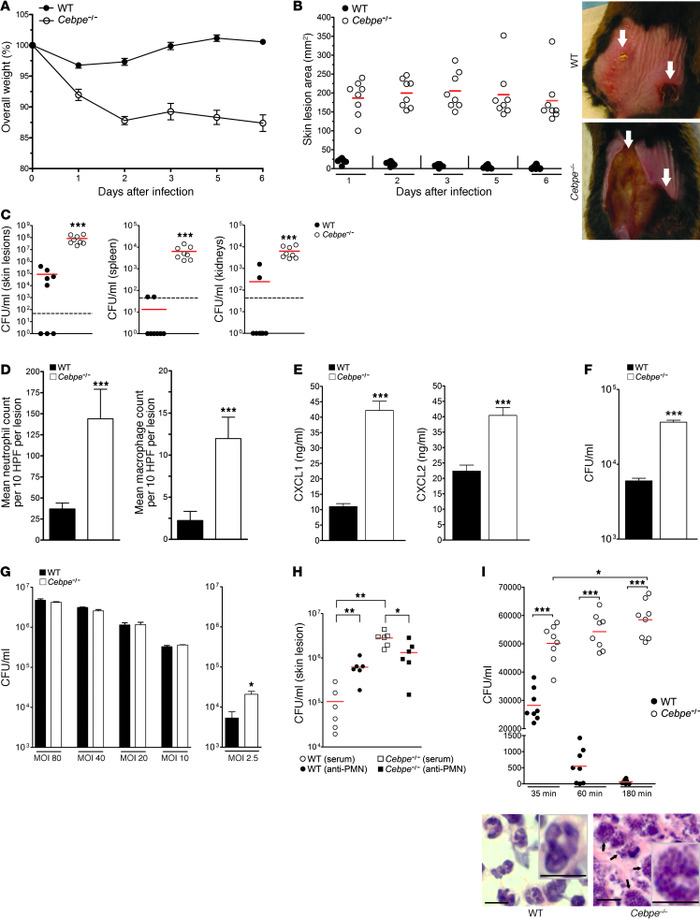