The acute respiratory distress syndrome (ARDS) is an important cause of acute respiratory failure that is often associated with multiple organ failure. Several clinical disorders can precipitate ARDS, including pneumonia, sepsis, aspiration of gastric contents, and major trauma. Physiologically, ARDS is characterized by increased permeability pulmonary edema, severe arterial hypoxemia, and impaired carbon dioxide excretion. Based on both experimental and clinical studies, progress has been made in understanding the mechanisms responsible for the pathogenesis and the resolution of lung injury, including the contribution of environmental and genetic factors. Improved survival has been achieved with the use of lung-protective ventilation. Future progress will depend on developing novel therapeutics that can facilitate and enhance lung repair.

Michael A. Matthay, Lorraine B. Ware, Guy A. Zimmerman 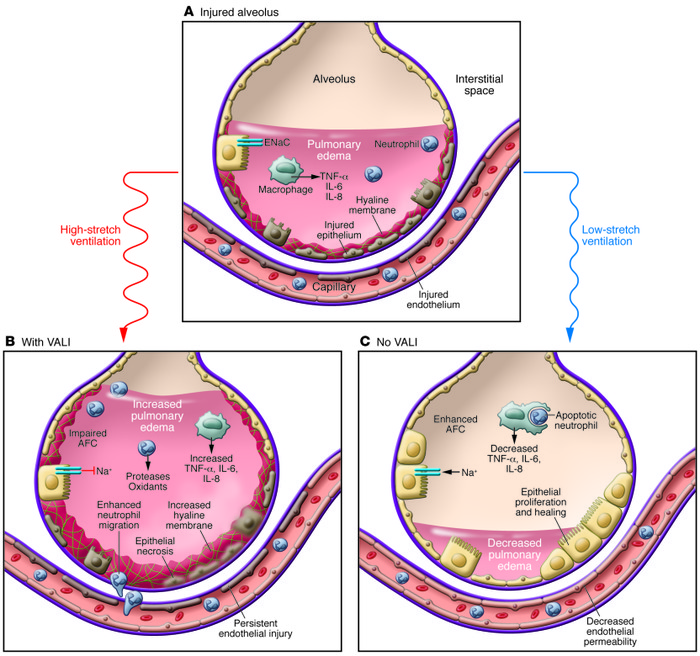