c-Met is localized at the plasma membrane in WT, , and -knockdown cells. 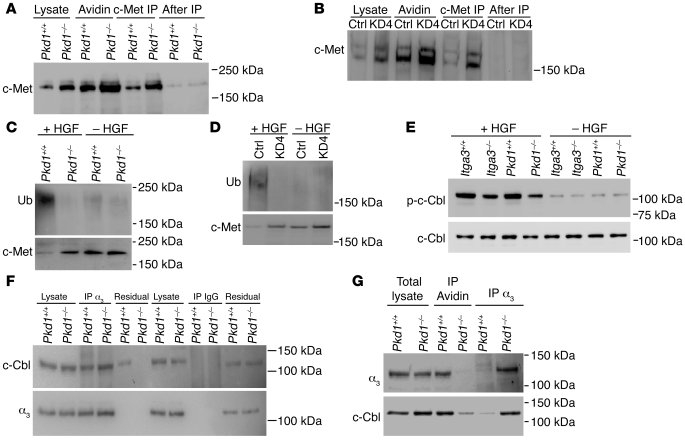