HGF stimulation causes hyper-phosphorylation of mTOR ( and ), S6K ( and ), and Akt ( and ) in cells. 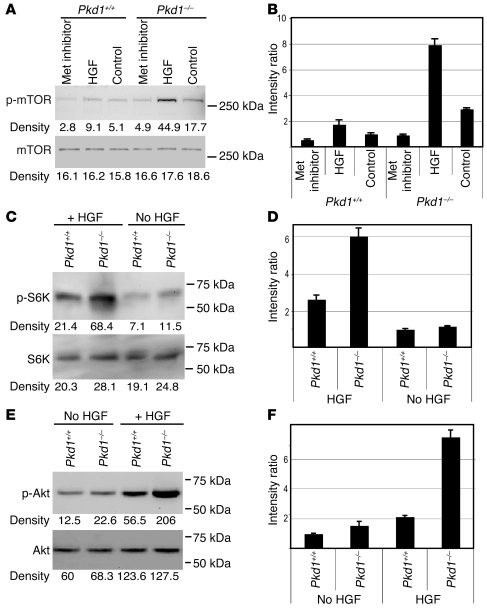