SIRT1 protein levels and NAD+ do not change in the mouse liver in response to starvation or HFD. 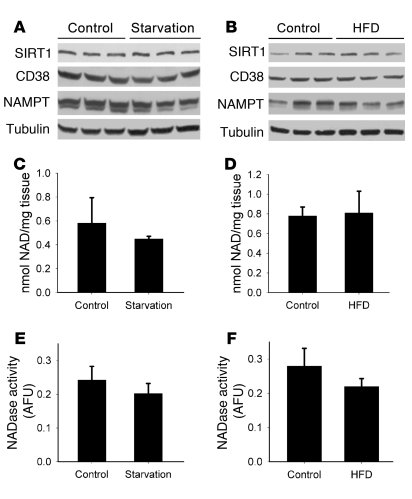