In vitro evaluation of contractile properties of isolated femoral artery rings mounted in a myograph. 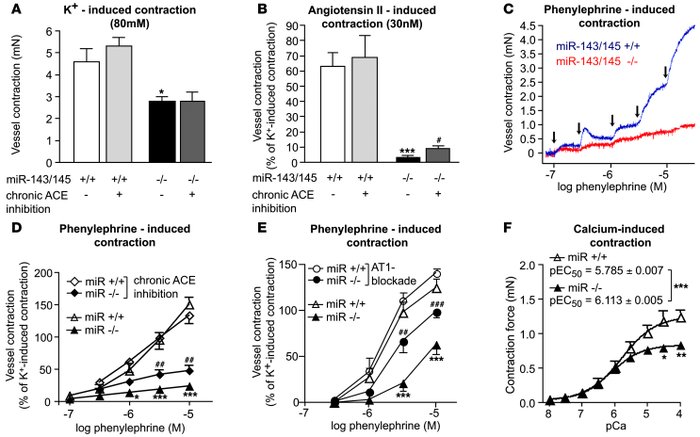