B-RAF is frequently mutated in solid tumors, resulting in activation of the MEK/ERK signaling pathway and ultimately tumor cell growth and survival. MEK inhibition in these cells results in cell cycle arrest and cytostasis. Here, we have shown that MEK inhibition also triggers limited apoptosis of human tumor cell lines with B-RAF mutations and that this effect was dependent on upregulation and dephosphorylation of the proapoptotic, Bcl-2 homology 3–only (BH3-only) Bcl-2 family member Bim. However, upregulation of Bim was insufficient for extensive apoptosis and was countered by overexpression of Bcl-2. To overcome apoptotic resistance, we treated the B-RAF mutant cells both with MEK inhibitors and with the BH3 mimetic ABT-737, resulting in profound synergism and extensive tumor cell death. This treatment was successful because of both efficient antagonism of the prosurvival Bcl-2 family member Mcl-1 by Bim and inhibition of Bcl-2 and Bcl-xL by ABT-737. Critically, addition of ABT-737 converted the predominantly cytostatic effect of MEK inhibition to a cytotoxic effect, causing long-term tumor regression in mice xenografted with human tumor cell lines. Thus, the therapeutic efficacy of MEK inhibition requires concurrent unleashing of apoptosis by a BH3 mimetic and represents a potent combination treatment for tumors harboring B-RAF mutations.

Addition of ABT-737 greatly enhances the MEK inhibition–induced apoptosis of mutant tumor cells by increasing the binding of Bim to Mcl-1. 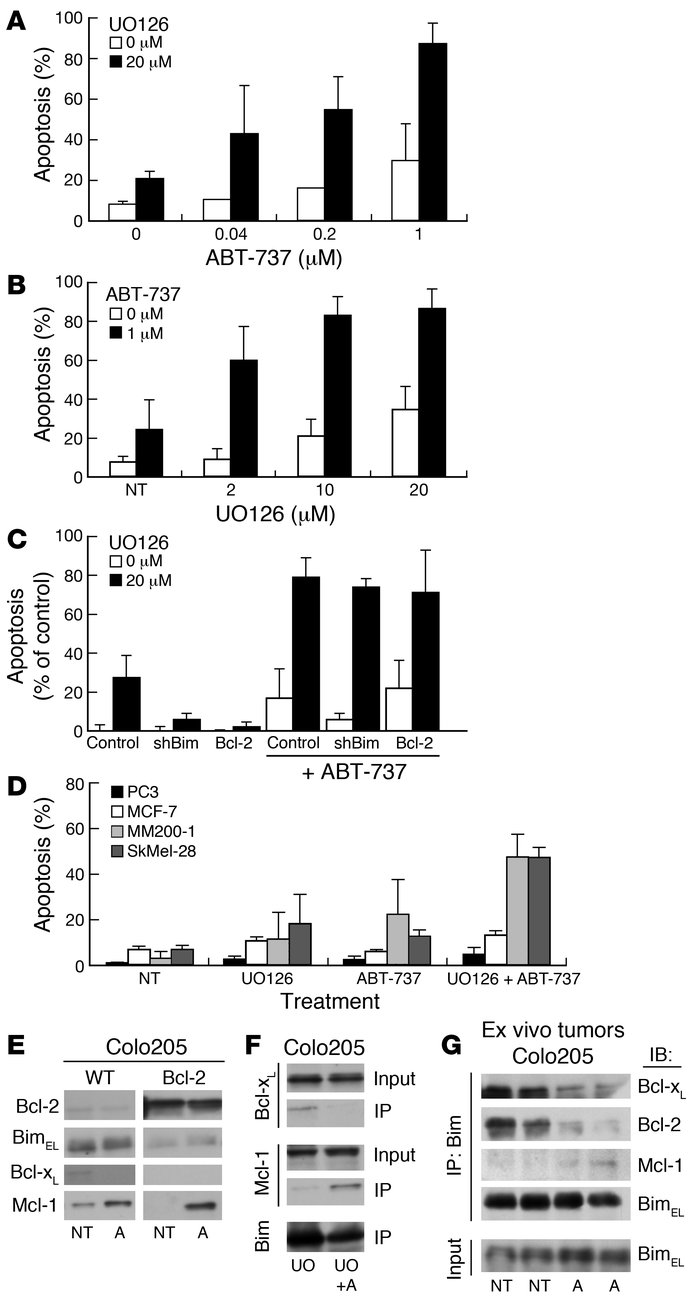