Frequency, proliferation, and suppressive activity of the top 4% of sorted CD4+CD25high T cells from MS patients and HIs. 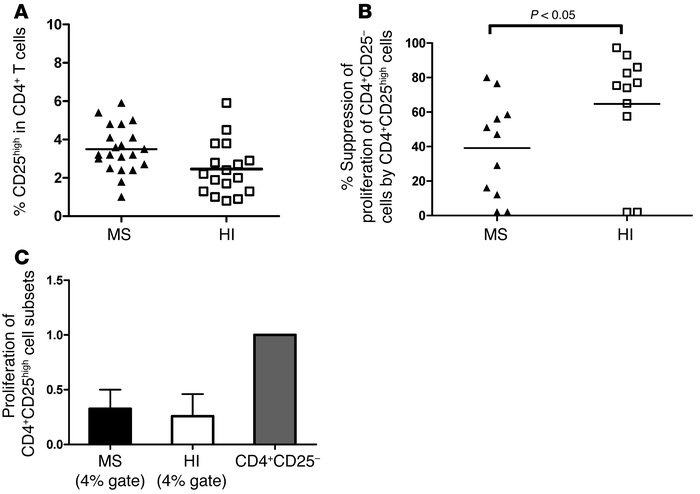