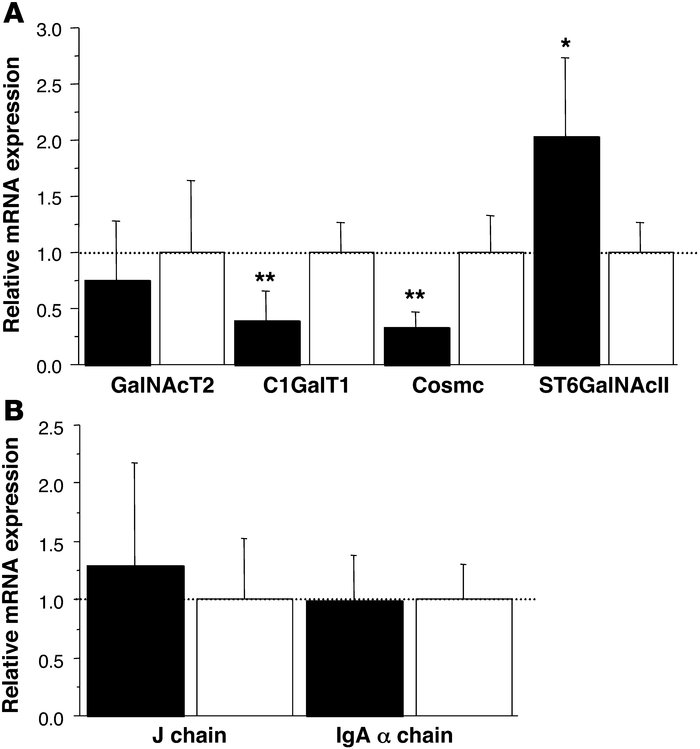 () Gene transcriptional levels of specific glycosyltransferases were quantitated by real-time RT-PCR, normalized to β, and compared between patients ( = 11; black bars) and controls ( = 11; white bars) using the E-method () as mean relative expression (values for controls were set to 1.0). Transcription levels of and its molecular chaperone were lower in IgAN-IgA1S cell lines, while that of was higher. () Gene expression of and α was similar in the IgAN-IgA1S and HC-IgA1S cell lines. Data are presented as mean ± SD. *0.01; **0.001.