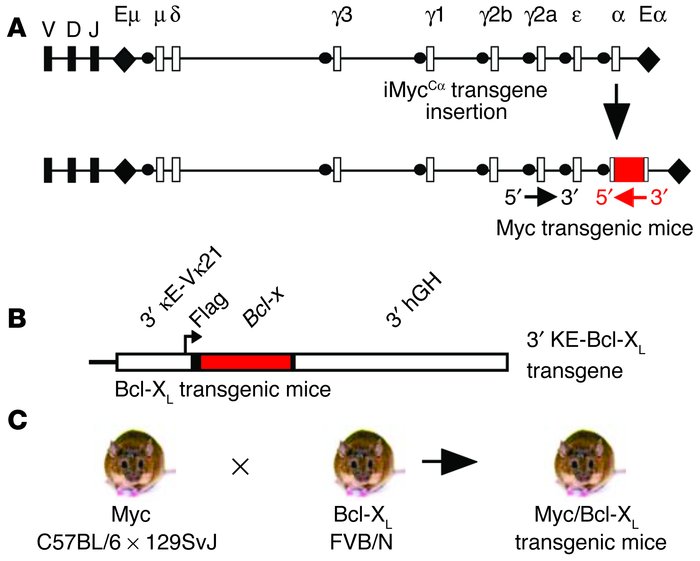 Experimental overview of the generation of double-transgenic Myc/Bcl-XL mice. () Generation of Myc transgenic mice. Shown are the normal mouse locus (top) and the targeted locus with the inserted His gene (bottom). The transcriptional orientation of and His is indicated by a black and a red arrow, respectively. () Generation of Bcl-XL transgenic mice. Depicted is a scheme of the transgene, which consists of the mouse 3′ κ enhancer; the promoter of the mouse variable κ gene, Vκ21; the mouse cDNA fused to the Flag epitope_encoding sequence; and the 3′ untranslated region of the human growth hormone (3′ hGH), a facilitator of expression. () Myc/Bcl-XL bitransgenics were on a mixed genetic background containing alleles from strains C57BL/6, 129SvJ, and FVB/N.