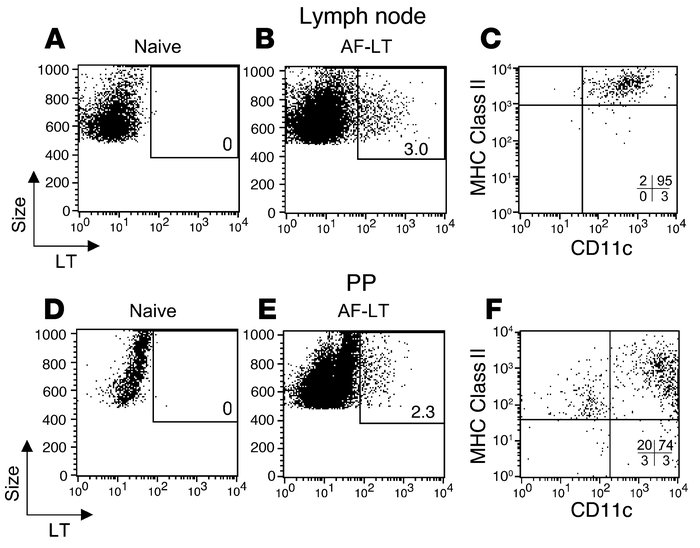 APCs in the PPs contain skin-derived fluorescent LT after TCI. (A–F) BALB/c mice were left untreated (A and D) or were immunized with 50 μg of Alexa Fluor 488–conjugated LT (AF-LT; B, C, E, and F). Forty-eight hours later, inguinal LNs and PPs were isolated and analyzed for cell populations containing AF-LT (A, B, D, and E). The CD11c, MHC class II (H-2 I-Ad) surface expression of AF-LT–positive cells was determined for both inguinal LN (C) and PP (F) cells. Similar results were observed 24 hours after application of AF-LT. The percent of AF-LT–positive cells are listed in A, B, D, and E. The percent of cells present in each quadrant are listed in C and F.