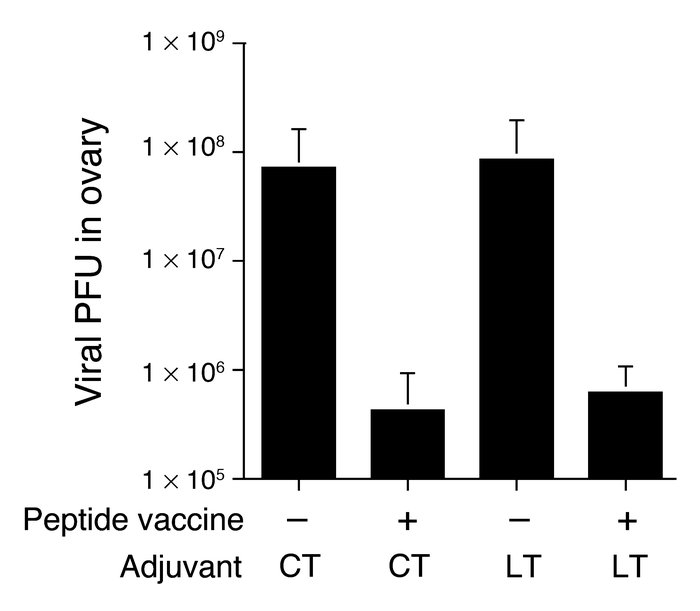 TCI with peptide and adjuvant induces protective immunity against intrarectal recombinant vaccinia challenge. BALB/c mice ( = 5) were skin-immunized three times at 2-week intervals with 100 μg PCLUS3-IIIB peptide alone or with 25 μg CT or 25 μg LT as an adjuvant. Two weeks after the final immunization, mice were challenged intrarectally with 1 × 107 PFU of vaccinia virus carrying the gene encoding HIV-1 gp160 from the IIIB isolate (vPE16). Six days after the challenge with recombinant vaccinia virus, the mice were euthanized and their ovaries were removed, homogenized, sonicated, and assayed for vPE16 by plating of serial tenfold dilutions on monolayers of BSC-2 indicator cells (). Cells were stained with crystal violet and the resulting plaques were counted for each dilution. The minimal detectable level of virus was 100 PFU. Bars: SEM of five mice per group. The difference between unvaccinated and vaccinated with either adjuvant is significant at < 0.01 by Student’s test.