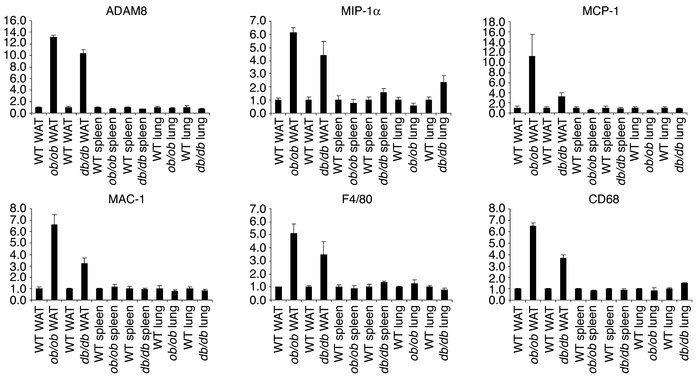 The transcriptional regulation of , , , , , and in macrophage-rich tissues (WAT, lung, and spleen) of and mice. For comparison, the gene expression level in lean mice was arbitrarily set at 1; error bars represent ± SE. axes show arbitrary units representing relative expression levels of mRNAs.