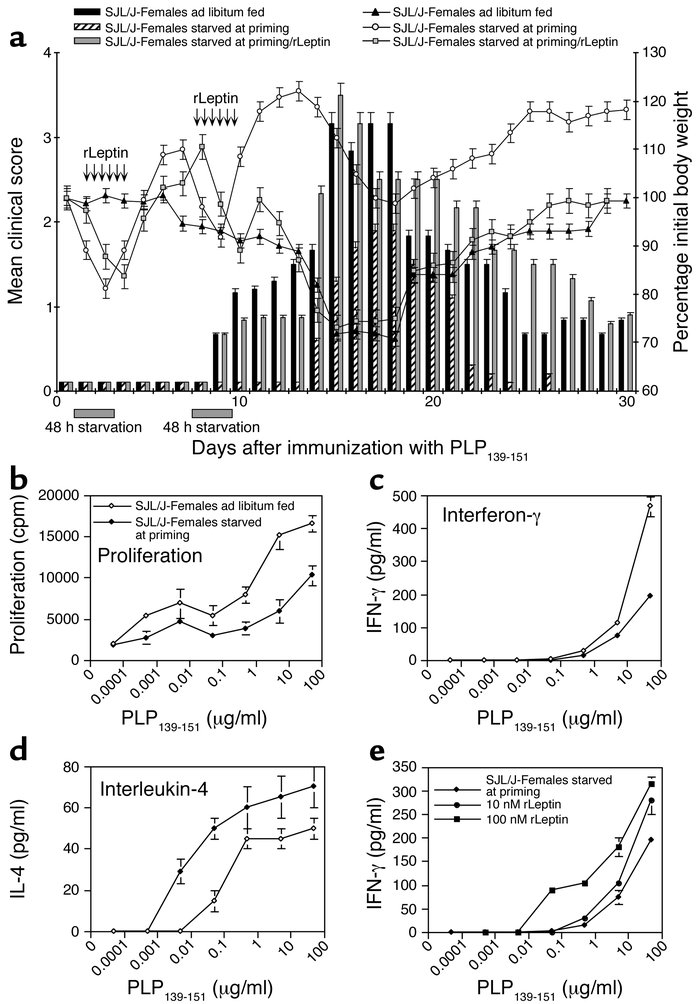 Starvation at priming with the encephalitogenic peptide of SJL/J females reduces the clinical severity of EAE by inducing a Th2 cytokine switch, reversible by recombinant leptin administration. () Mean clinical score (bars) and body weight (curves) of SJL/J female mice starved for 48 hours (hatched bars and circles), ad libitum–fed controls (black bars and triangles), and leptin-treated female mice (gray bars and squares). Starvation delayed disease onset and reduced clinical score and body-weight loss during the acute phase of the disease. Leptin replacement during the 48-hour starvation reversed the starvation-induced blunting of the disease, so that the EAE course was similar to that observed in the ad libitum–fed group. () Proliferative response of lymph node–derived T cells against PLP139–151 is impaired after 48 hours of starvation when compared with the control group. ( and ) Starvation for 48 hours reduced IFN-γ secretion but increased IL-4 production. () Addition of recombinant leptin to T-cell cultures is able to partially restore the capacity of T cells from starved mice to secrete IFN-γ. One representative experiment out of two is shown.