Rare genetic disorders, when considered together, are relatively common. Despite advancements in genetics and genomics technologies as well as increased understanding of genomic function and dysfunction, many genetic diseases continue to be difficult to diagnose. The goal of this Review is to increase the familiarity of genetic testing strategies for non-genetics providers. As genetic testing is increasingly used in primary care, many subspecialty clinics, and various inpatient settings, it is important that non-genetics providers have a fundamental understanding of the strengths and weaknesses of various genetic testing strategies as well as develop an ability to interpret genetic testing results. We provide background on commonly used genetic testing approaches, give examples of phenotypes in which the various genetic testing approaches are used, describe types of genetic and genomic variations, cover challenges in variant identification, provide examples in which next-generation sequencing (NGS) failed to uncover the variant responsible for a disease, and discuss opportunities for continued improvement in the application of NGS clinically. As genetic testing becomes increasingly a part of all areas of medicine, familiarity with genetic testing approaches and result interpretation is vital to decrease the burden of undiagnosed disease. 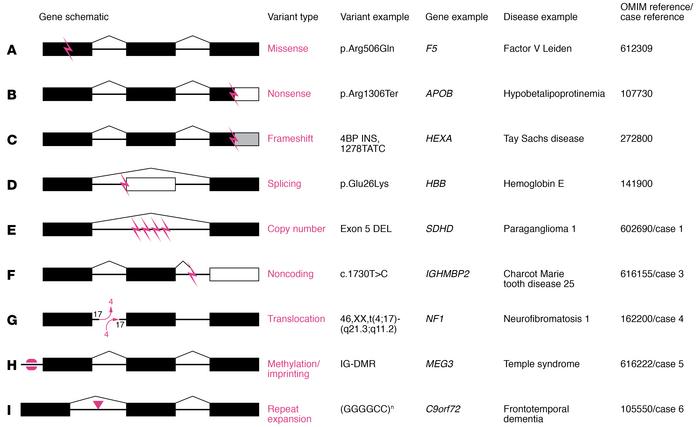