Insulin resistance is present in one-quarter of the general population, predisposing these people to a wide range of diseases. Our aim was to identify cell-intrinsic determinants of insulin resistance in this population using induced pluripotent stem cell–derived (iPSC–derived) myoblasts (iMyos). We found that these cells exhibited a large network of altered protein phosphorylation in vitro. Integrating these data with data from type 2 diabetic iMyos revealed critical sites of conserved altered phosphorylation in IRS-1, AKT, mTOR, and TBC1D1 in addition to changes in protein phosphorylation involved in Rho/Rac signaling, chromatin organization, and RNA processing. There were also striking differences in the phosphoproteome in cells from men versus women. These sex-specific and insulin-resistance defects were linked to functional differences in downstream actions. Thus, there are cell-autonomous signaling alterations associated with insulin resistance within the general population and important differences between men and women, many of which also occur in diabetes, that contribute to differences in physiology and disease. 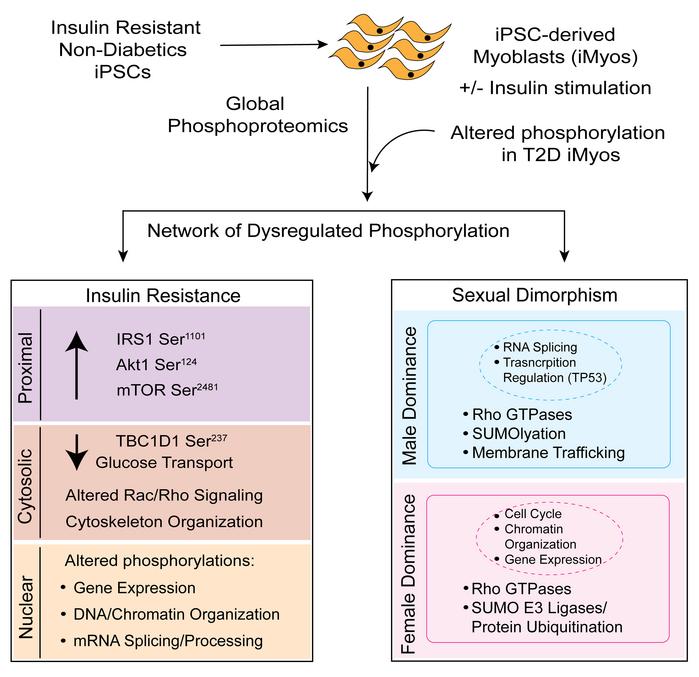