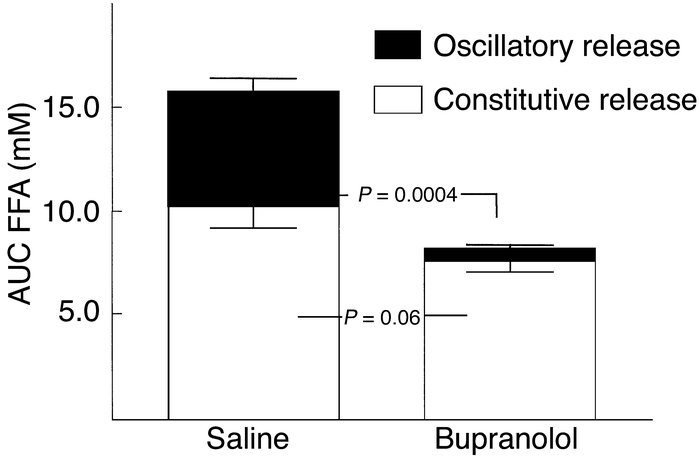 The pulsatile component of lipolysis is extinguished during β-blockade. The constitutive component of lipolysis does not significantly differ between saline and bupranolol experiments. Data show the calculated area under the curve (AUC) of constitutive FFA release and FFA secretion pulses for 120 minutes during saline infusion ( = 7) and during bupranolol infusion ( = 7). Data shown as mean ± SEM.