Enrichment of GvH compared with HvG clones in graft and absence of Class I DSAs in circulation are associated with donor T cell macrochimerism. 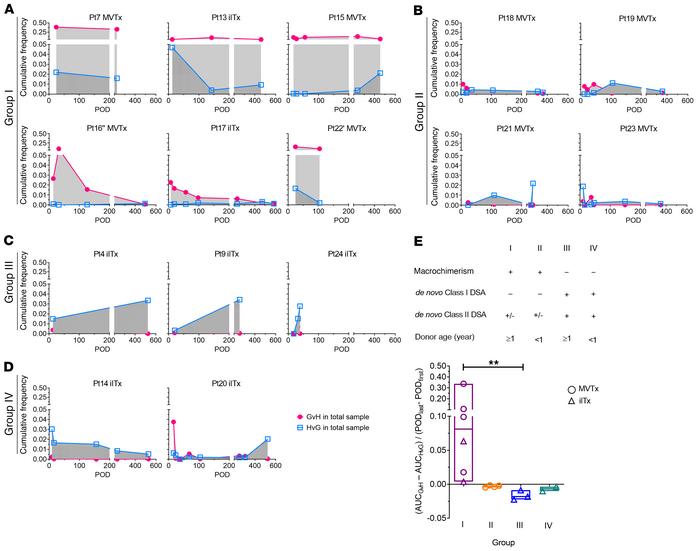