Hypothalamic glucose sensing enables an organism to match energy expenditure and food intake to circulating levels of glucose, the main energy source of the brain. Here, we established that tanycytes of the arcuate nucleus of the hypothalamus, specialized glia that line the wall of the third ventricle, convert brain glucose supplies into lactate that they transmit through monocarboxylate transporters to arcuate proopiomelanocortin neurons, which integrate this signal to drive their activity and to adapt the metabolic response to meet physiological demands. Furthermore, this transmission required the formation of extensive connexin-43 gap junction–mediated metabolic networks by arcuate tanycytes. Selective suppression of either tanycytic monocarboxylate transporters or gap junctions resulted in altered feeding behavior and energy metabolism. Tanycytic intercellular communication and lactate production are thus integral to the mechanism by which hypothalamic neurons that regulate energy and glucose homeostasis efficiently perceive alterations in systemic glucose levels as a function of the physiological state of the organism.

Lactate trafficking through the tanycytic network is necessary to sustain POMC neuronal activity. 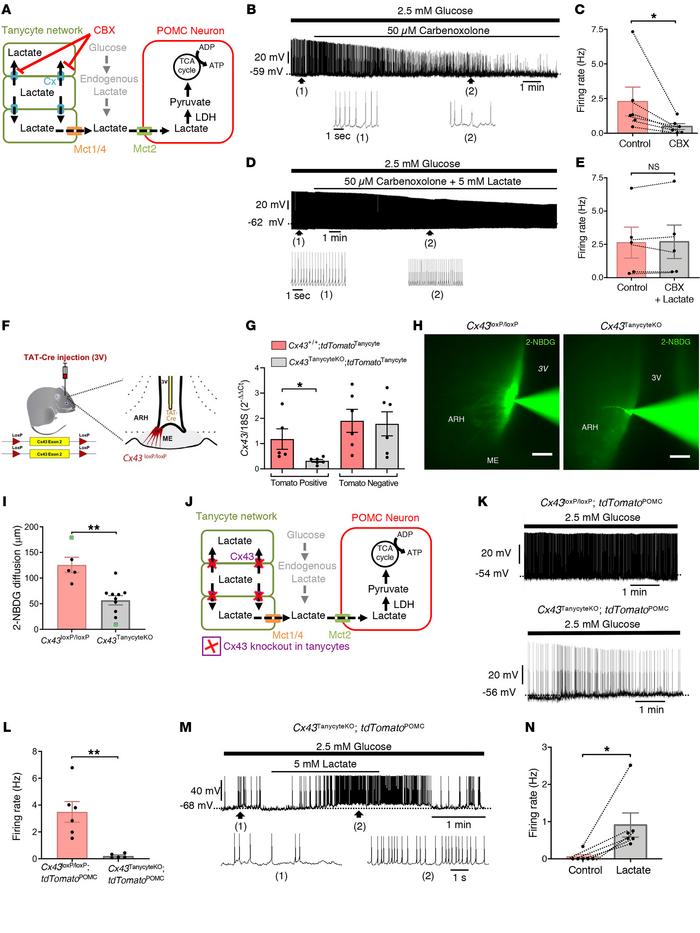