Identification of miR122 as a hypoxia-responsive miRNA during hepatic IR injury. 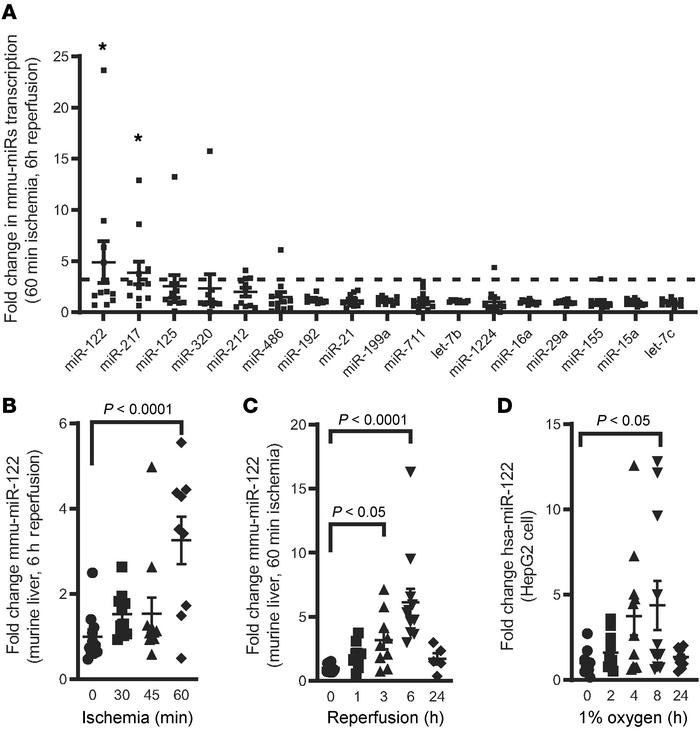