Potentiation is prematurely restricted in CA2 of a mouse model of RTT via PNNs. 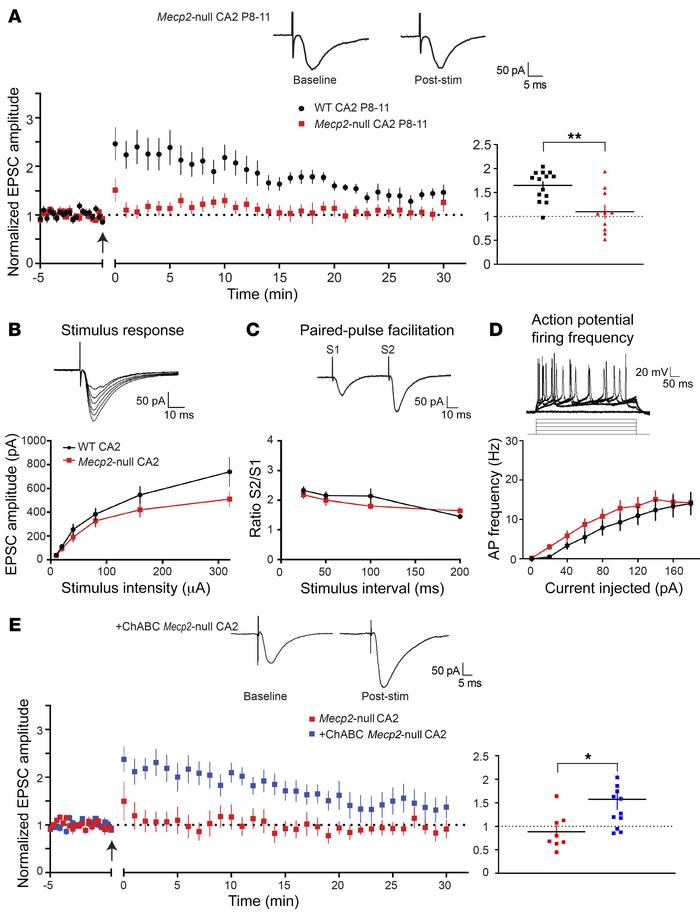