PNNs are increased in human RTT CA2 and develop prematurely in CA2 of a mouse model of RTT. 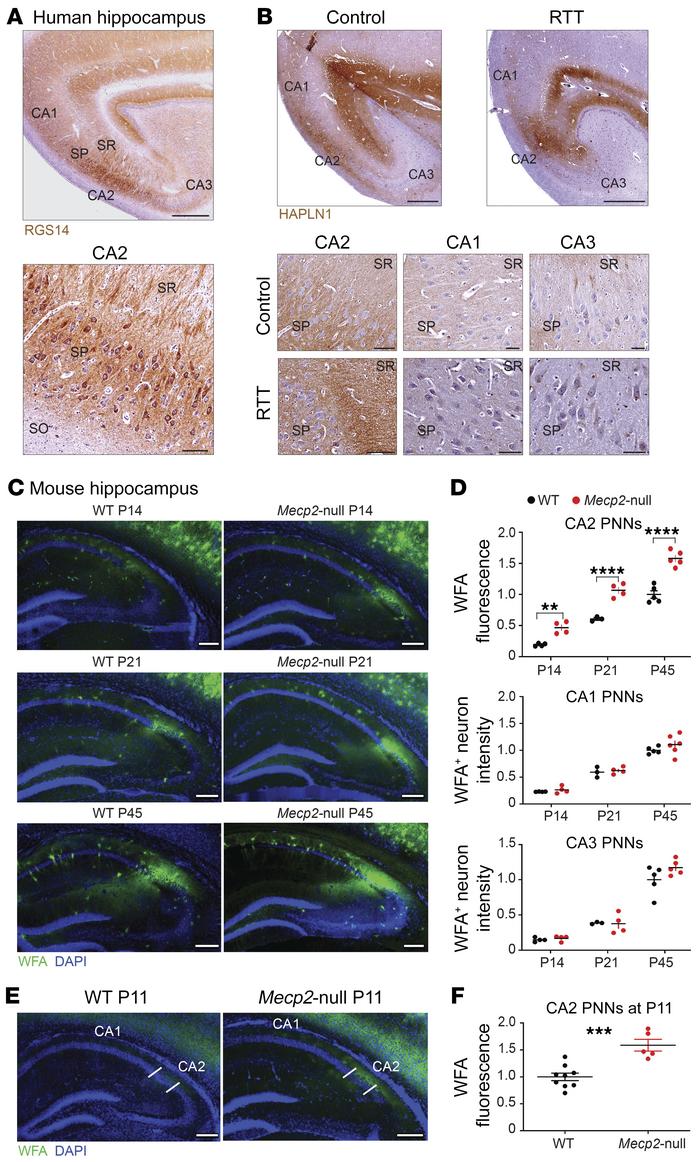