Neuronal volume measurements and CCC expression in the perilesional area 2 hours, 48 hours, and 1 week after injury. 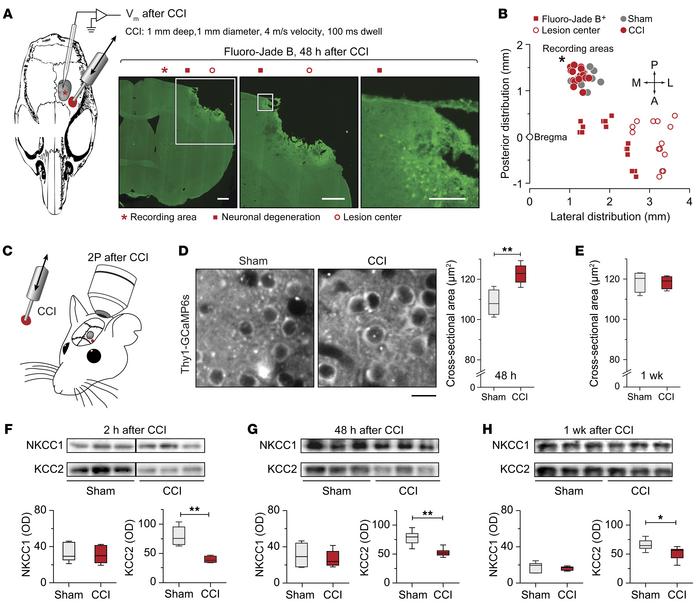