Levodopa-induced dyskinesia (LID) poses a significant health care challenge for Parkinson’s disease (PD) patients. Amantadine is currently the only drug proven to alleviate LID. Although its efficacy in treating LID is widely assumed to be mediated by blockade of N-methyl-D-aspartate (NMDA) glutamate receptors, our experiments demonstrate that at therapeutically relevant concentrations, amantadine preferentially blocks inward-rectifying K+ channel type 2 (Kir2) channels in striatal spiny projection neurons (SPNs) — not NMDA receptors. In so doing, amantadine enhances dendritic integration of excitatory synaptic potentials in SPNs and enhances — not antagonizes — the induction of long-term potentiation (LTP) at excitatory, axospinous synapses. Taken together, our studies suggest that the alleviation of LID in PD patients is mediated by diminishing the disparity in the excitability of direct- and indirect-pathway SPNs in the on state, rather than by disrupting LTP induction. This insight points to a pharmacological approach that could be used to effectively ameliorate LID and improve the quality of life for PD patients. 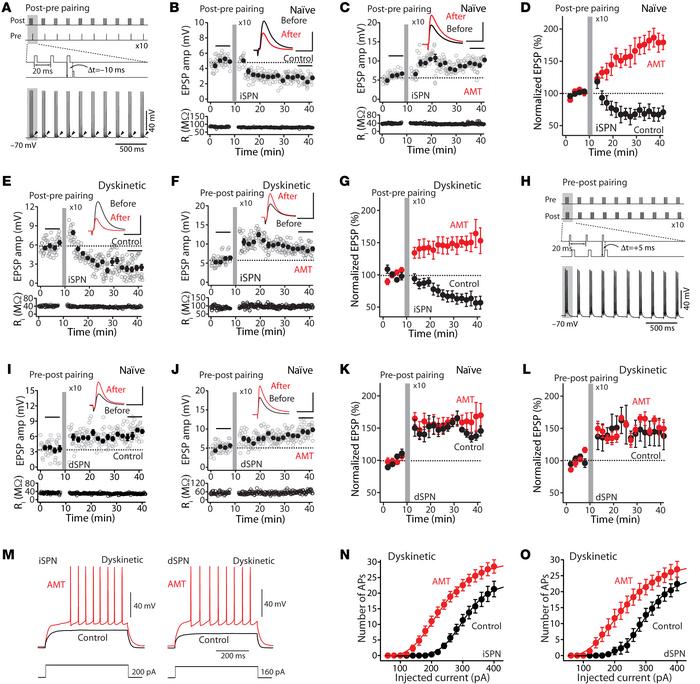