Alloreactive B cells in tolerant recipients express early activation markers but do not differentiate into germinal center B cells. 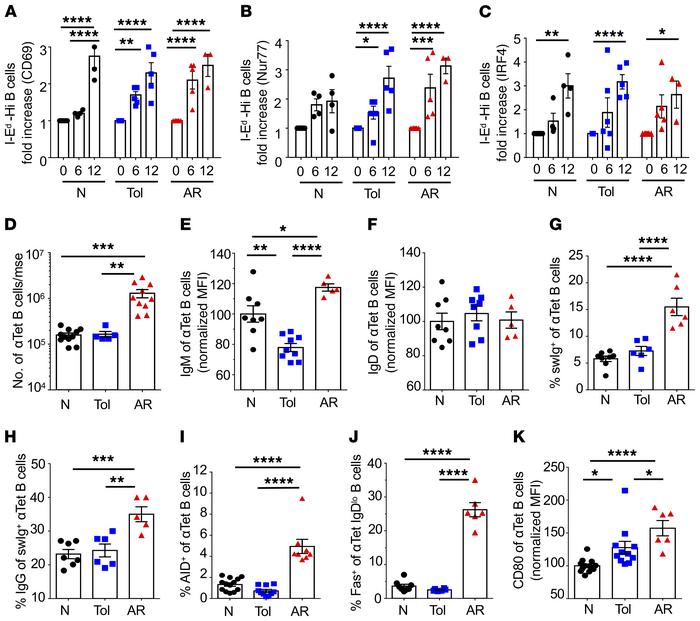