Although insulin regulates metabolism in both brown and white adipocytes, the role of these tissues in energy storage and utilization is quite different. Recombination technology using the Cre-loxP approach allows inactivation of the insulin receptor in a tissue-specific manner. Mice lacking insulin receptors in brown adipocytes show an age-dependent loss of interscapular brown fat but increased expression of uncoupling protein-1 and -2. In parallel, these mice develop an insulin-secretion defect resulting in a progressive glucose intolerance, without insulin resistance. This model provides direct evidence for not only a role for the insulin receptors in brown fat adipogenesis, the data also suggest a novel role of brown adipose tissue in the regulation of insulin secretion and glucose homeostasis. 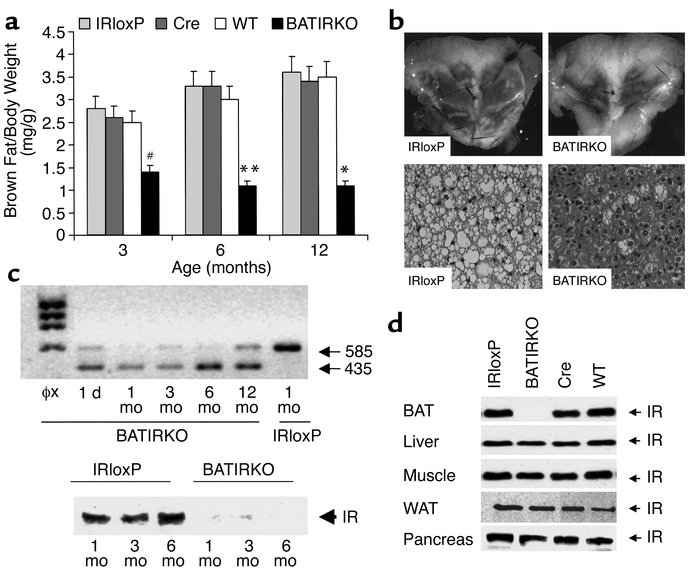