Mitochondria have emerged as key actors of innate and adaptive immunity. Mitophagy has a pivotal role in cell homeostasis, but its contribution to macrophage functions and host defense remains to be delineated. Here, we showed that lipopolysaccharide (LPS) in combination with IFN-γ inhibited PINK1-dependent mitophagy in macrophages through a STAT1-dependent activation of the inflammatory caspases 1 and 11. In addition, we demonstrated that the inhibition of mitophagy triggered classical macrophage activation in a mitochondrial ROS–dependent manner. In a murine model of polymicrobial infection (cecal ligature and puncture), adoptive transfer of Pink1-deficient bone marrow or pharmacological inhibition of mitophagy promoted macrophage activation, which favored bactericidal clearance and led to a better survival rate. Reciprocally, mitochondrial uncouplers that promote mitophagy reversed LPS/IFN-γ–mediated activation of macrophages and led to immunoparalysis with impaired bacterial clearance and lowered survival. In critically ill patients, we showed that mitophagy was inhibited in blood monocytes of patients with sepsis as compared with nonseptic patients. Overall, this work demonstrates that the inhibition of mitophagy is a physiological mechanism that contributes to the activation of myeloid cells and improves the outcome of sepsis.

LPS/IFN-γ–mediated inhibition of mitophagy is associated with metabolic reprogramming of macrophages. 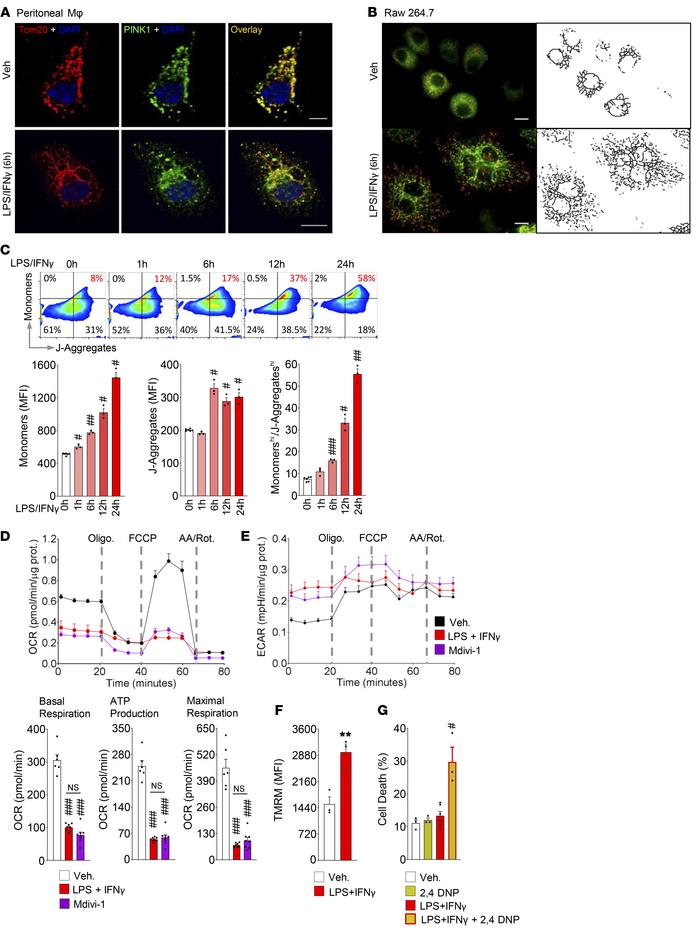