The drug efflux pump ABCB1 is a key driver of chemoresistance, and high expression predicts treatment failure in acute myeloid leukemia (AML). In this study, we identified and functionally validated the network of enhancers that controls expression of ABCB1. We show that exposure of leukemia cells to daunorubicin activated an integrated stress response–like transcriptional program to induce ABCB1 through remodeling and activation of an ATF4-bound, stress-responsive enhancer. Protracted stress primed enhancers for rapid increases in activity following re-exposure of cells to daunorubicin, providing an epigenetic memory of prior drug treatment. In primary human AML, exposure of fresh blast cells to daunorubicin activated the stress-responsive enhancer and led to dose-dependent induction of ABCB1. Dynamic induction of ABCB1 by diverse stressors, including chemotherapy, facilitated escape of leukemia cells from targeted third-generation ABCB1 inhibition, providing an explanation for the failure of ABCB1 inhibitors in clinical trials. Stress-induced upregulation of ABCB1 was mitigated by combined use of the pharmacologic inhibitors U0126 and ISRIB, which inhibit stress signaling and have potential for use as adjuvants to enhance the activity of ABCB1 inhibitors. 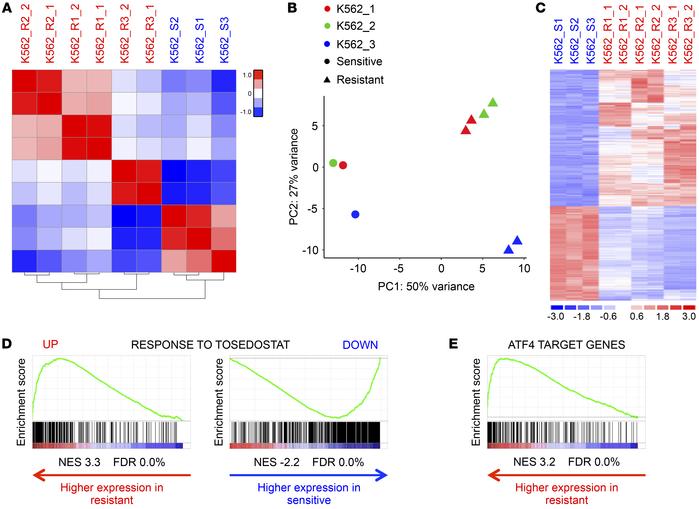