AAV2GluN2BshRNA into the mPFC of mice produces sex differences in baseline behavior and blocks the antidepressant effects of ketamine. 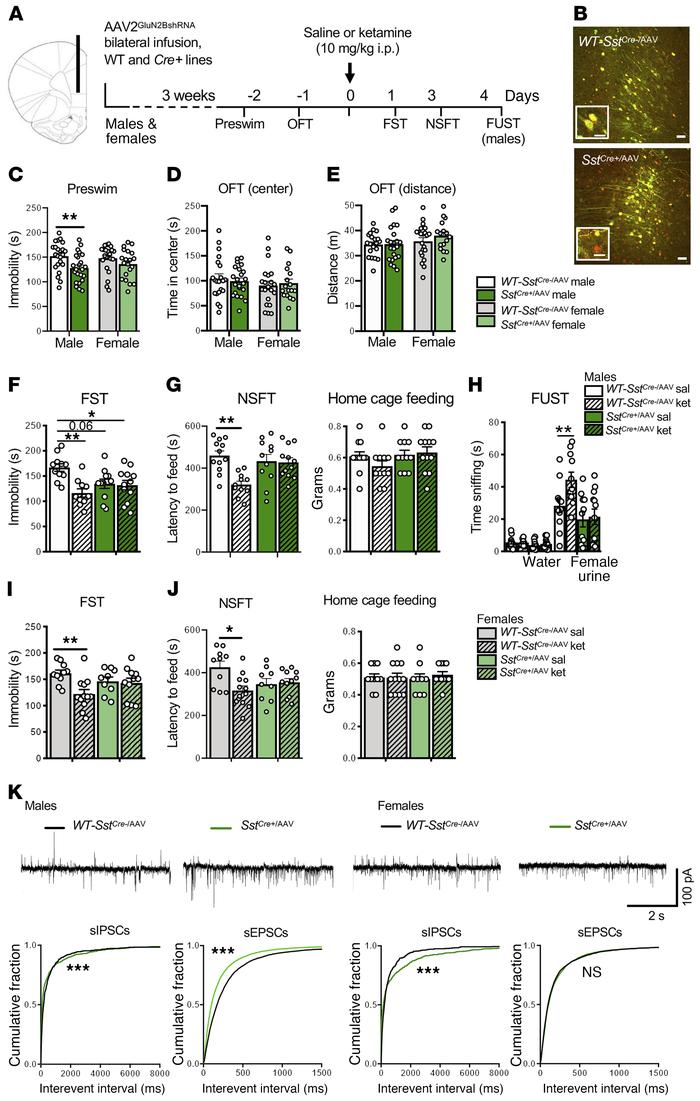