AAV2GluN2BshRNA knocks down GluN2B and reduces NMDA inward currents in a Cre-dependent manner. 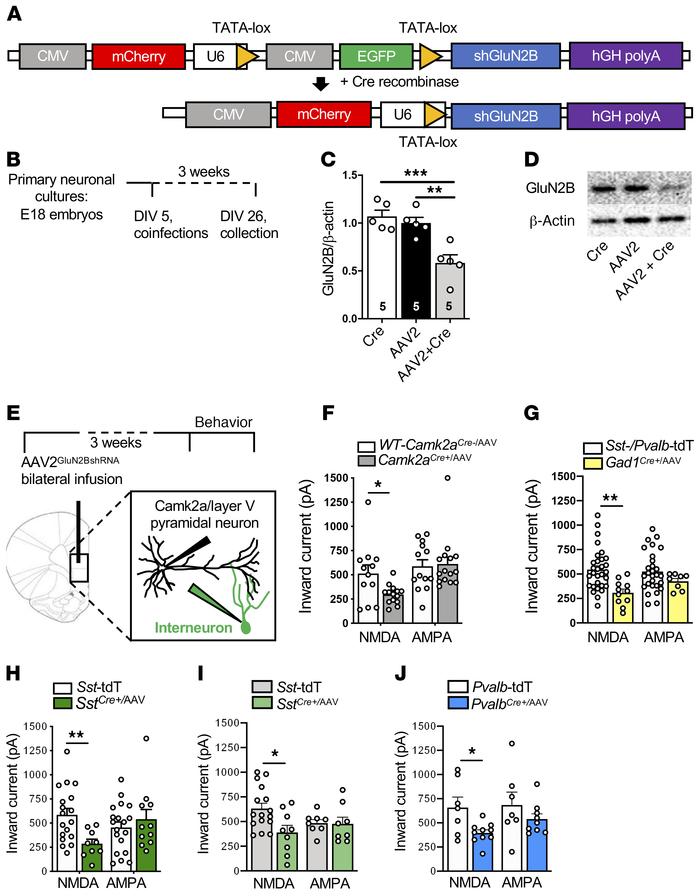