Vascular Ehlers-Danlos syndrome (vEDS) is an autosomal-dominant connective tissue disorder caused by heterozygous mutations in the COL3A1 gene, which encodes the pro-α 1 chain of collagen III. Loss of structural integrity of the extracellular matrix is believed to drive the signs and symptoms of this condition, including spontaneous arterial dissection and/or rupture, the major cause of mortality. We created 2 mouse models of vEDS that carry heterozygous mutations in Col3a1 that encode glycine substitutions analogous to those found in patients, and we showed that signaling abnormalities in the PLC/IP3/PKC/ERK pathway (phospholipase C/inositol 1,4,5-triphosphate/protein kinase C/extracellular signal–regulated kinase) are major mediators of vascular pathology. Treatment with pharmacologic inhibitors of ERK1/2 or PKCβ prevented death due to spontaneous aortic rupture. Additionally, we found that pregnancy- and puberty-associated accentuation of vascular risk, also seen in vEDS patients, was rescued by attenuation of oxytocin and androgen signaling, respectively. Taken together, our results provide evidence that targetable signaling abnormalities contribute to the pathogenesis of vEDS, highlighting unanticipated therapeutic opportunities. 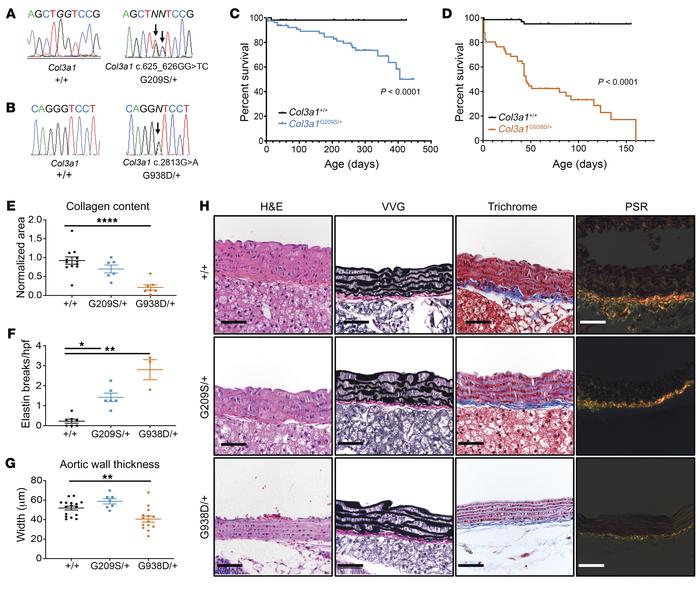