Ab-induced antitumor effect is mediated by engagement of Fcγ receptors (FcγRs), and is dictated by the tumor. 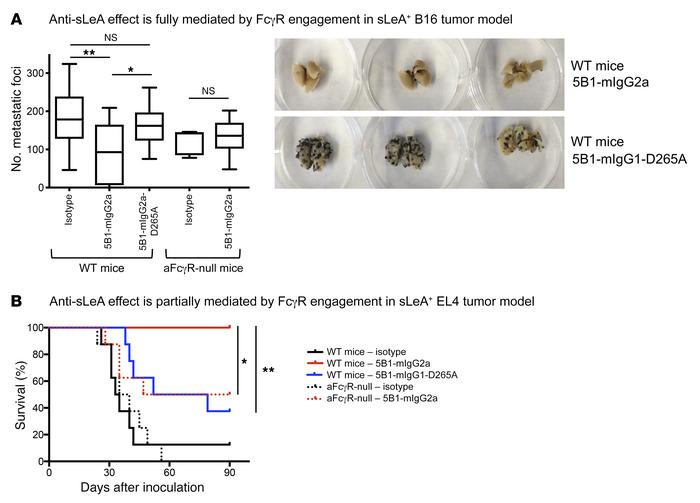