Antidepressant actions of NV-5138 are dependent on activation of mTORC1 signaling. 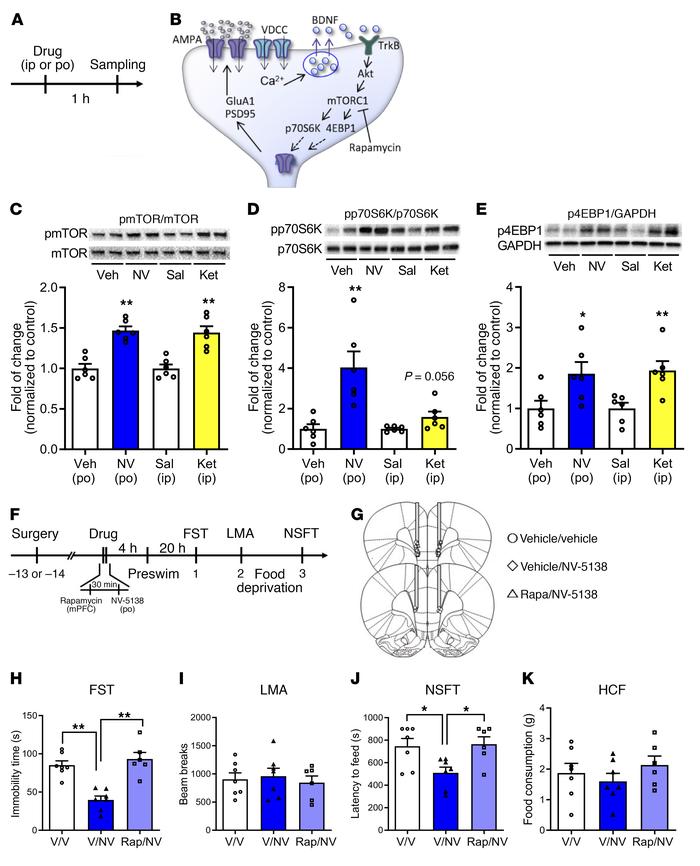