NV-5138 reverses the behavioral and synaptic deficits caused by CUS. 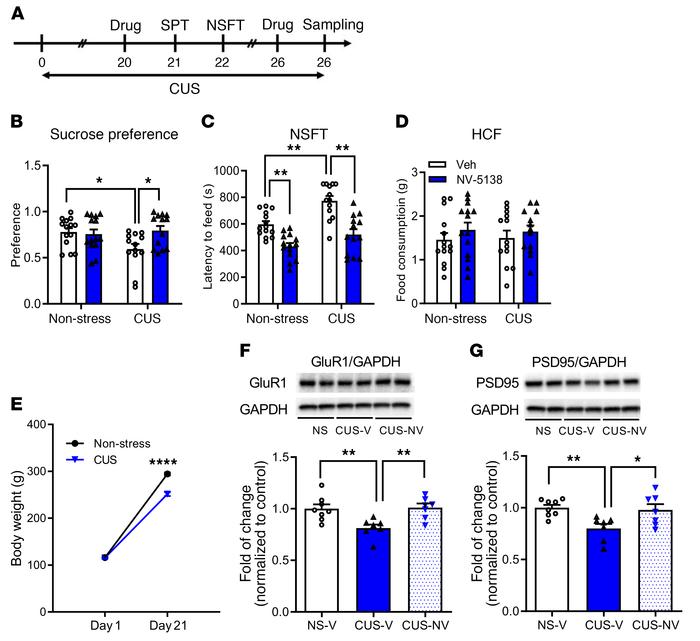