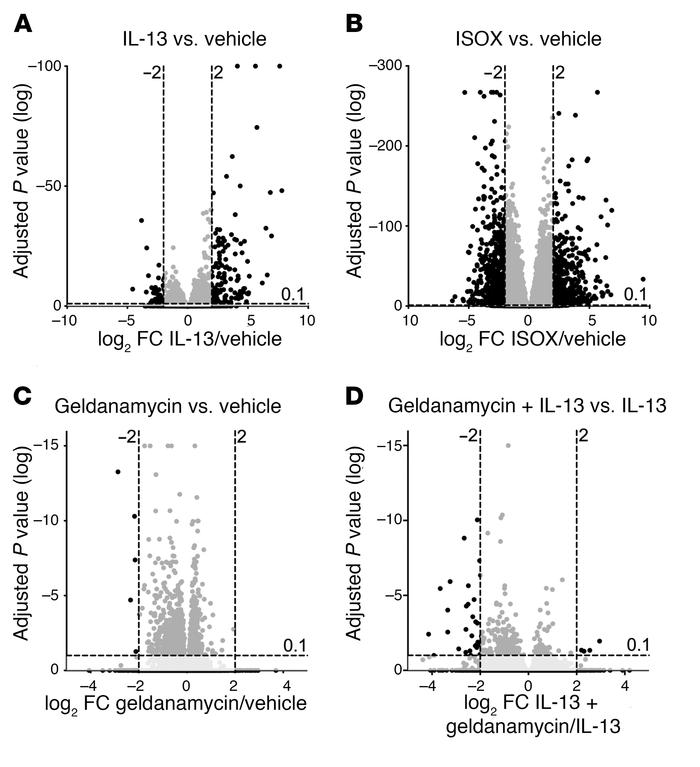 Primary human airway epithelia in vitro were exposed to vehicle or IL-13 (), the HDAC6 inhibitor ISOX (10 μM, positive control) (), or the HSP90 inhibitor geldanamycin without () or with () IL-13 for 2 days. RNA-Seq was performed to determine the gene expression profile for each group, and volcano plots are shown. Dashed lines represent arbitrary cutoffs of adjusted < 0.05 or < 0.1 and a log2 fold change of 2 or less, 2 or greater, or greater than 2. Some extremely small values were arbitrarily cut to –100(log) to facilitate visualization. Each data point corresponds to a gene. = airway epithelia from 8 donors. FC, fold change.