EBI3 binds to the extracellular region of IL-23Rα, but not its protective variant G149R, due to reduced binding of EBI3 to the variant. 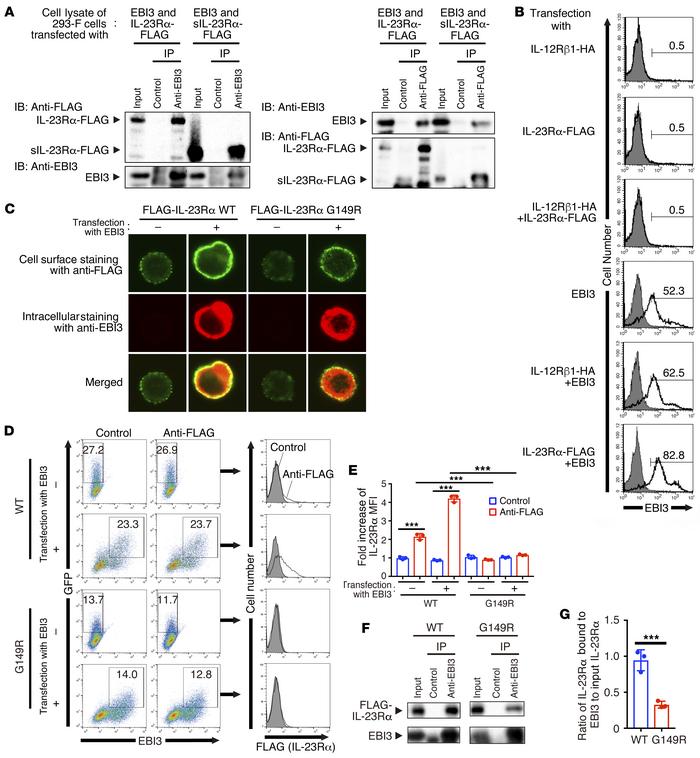