KDR is not required for ANGPTL4 promotion of EC permeability. 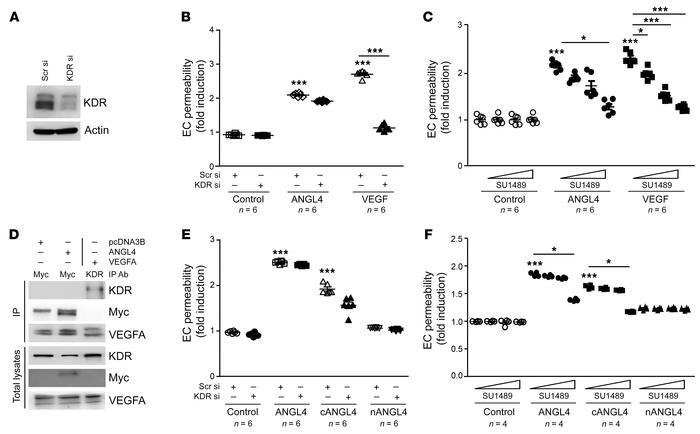