ANGPTL4 is increased in diabetic STZ mice and promotes EC permeability in vitro and retinal vascular leakage in vivo. 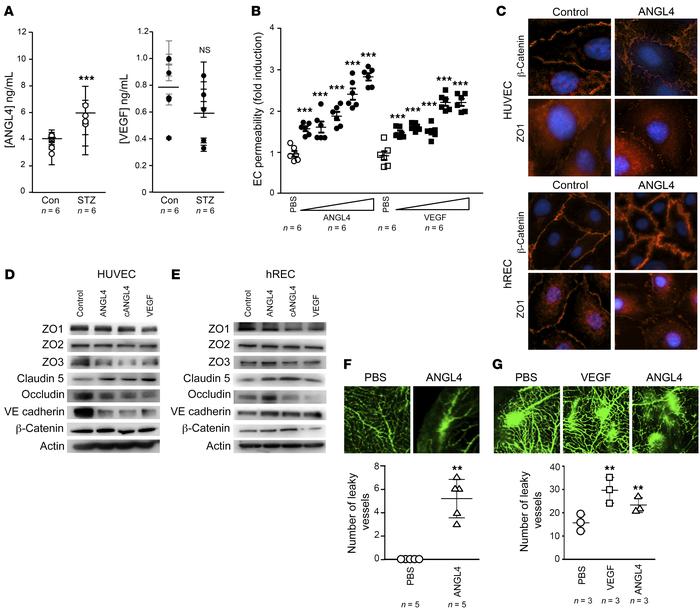