Vasoactive factors in the aqueous fluid from DME patients besides VEGF promote EC permeability in vitro and correlate with ME in patients. 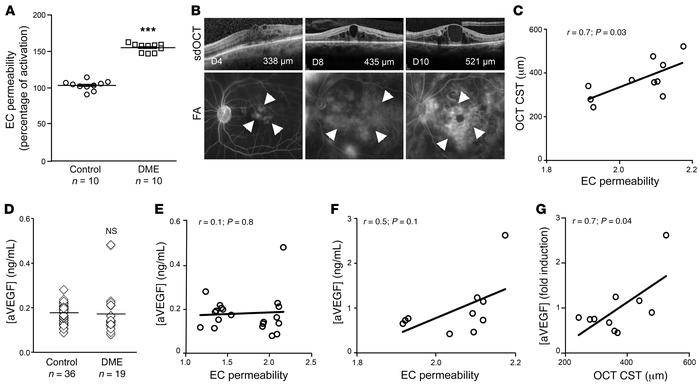