Expression and localization of endothelin-1 and endothelin receptors in human meningiomas. Evidence for a role in tumoral growth.

Find articles by Pagotto, U. in: JCI | PubMed | Google Scholar

Find articles by Hopfner, U. in: JCI | PubMed | Google Scholar

Find articles by Renner, U. in: JCI | PubMed | Google Scholar

Find articles by Weindl, A. in: JCI | PubMed | Google Scholar

In addition to its well-known homoeostatic actions in the cardiovascular system, ET-1 has been shown to constitute a potent growth regulatory peptide in various tissues. We have studied the expression of ET-1 and its receptors (ET-Ar and ET-Br) in human meningiomas (n = 35) as well as their involvement in cellular growth. By PCR of reverse-transcribed RNA we detected ET-1 mRNA in 91% (32 of 35), ET-Ar mRNA in 82% (29 of 35), and ET-Br mRNA in 42% (15 of 35) of human meningiomas examined. The localization of ET-1 mRNA, ET-Ar mRNA, and ET-1 peptide in tumoral cells was observed by in situ hybridization and immunohistochemistry, whereas ET-Br mRNA was expressed at low level only in cells belonging to blood vessels. In addition, we found that ET-1 stimulated [3H] thymidine incorporation in primary cell cultures of 20 meningiomas and that this effect could be blocked by BQ-123, a specific antagonist for ET-Ar. In contrast, RES-701-3, an antagonist of ET-Br, did not block the proliferative effect of ET-1. In conclusion, our data provide evidence that ET-1 constitutes an important growth factor for meningiomas acting via ET-Ar. We can hypothesize that ET-1, acting in concert with other growth factors and cytokines, is involved in the meningioma tumorigenesis. 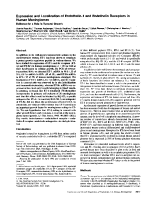 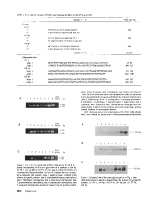 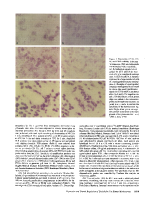 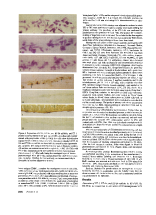 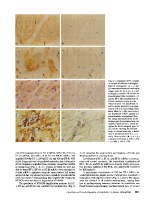 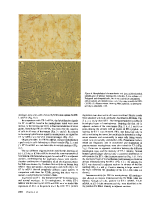 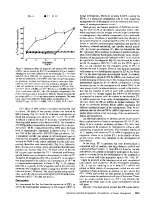 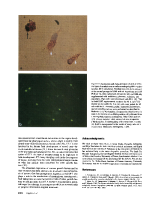 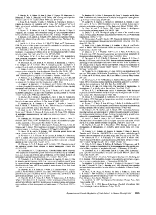