Find articles by Angelin, B. in: JCI | PubMed | Google Scholar

The pathophysiology of familial combined hyperlipidemia (FCHL) is unknown, but altered lipid turnover in peripheral tissues as well as hepatic overproduction of apolipoprotein B have been suggested as possible causes. In the present study, we explored whether a change in triglyceride breakdown by lipolysis in fat cells is present in FCHL. Lipolysis activation by catecholamines was examined in isolated subcutaneous adipocytes from 10 patients with FCHL and 22 healthy control subjects. Lipolysis rate was linear for at least 3 h in both groups. However, a marked (approximately 65%) decrease in the lipolytic response to noradrenaline was found in FCHL. This was also true when lipolysis was maximally stimulated at the receptor level with isoprenaline (nonselective beta-adrenergic agonist), at the adenylyl cyclase level with forskolin, or at the level of the protein kinase hormone-sensitive lipase complex with dibutyryl cAMP. The maximum enzymatic activity of hormone-sensitive lipase was decreased by approximately 40% in FCHL. On the other hand, the lipolytic sensitivity of alpha 2-, beta 1-, and beta 2-adrenoceptors was normal in this condition, as was the number and affinity of beta 1- and beta 2-adrenoceptors. Variations in the maximum lipolysis rate correlated significantly with the variations in hormone-sensitive lipase activity in the whole material, and with the serum values for triglycerides, HDL cholesterol and apoB lipoprotein within the control group, but the serum triglyceride values in FCHL were higher than this correlation predicted. In conclusion, the data demonstrate a marked resistance to the lipolytic effect of catecholamines in fat cells from patients with FCHL, in spite of normal adrenoceptor function. The lipolytic defect appears predominantly to be due to a defect in hormone-sensitive lipase, and may be of importance in the pathophysiology of FCHL. 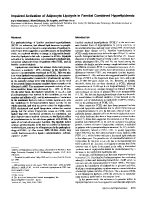 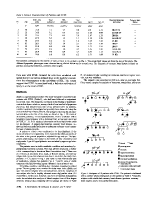 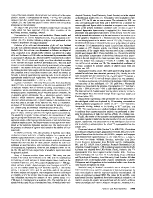 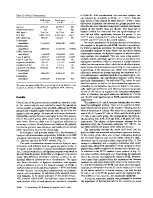 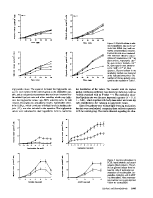 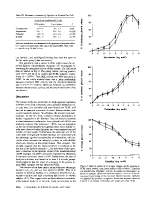 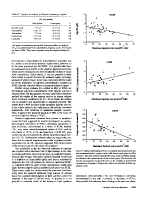 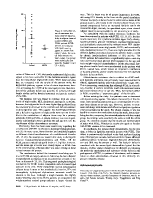 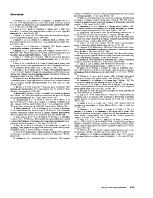